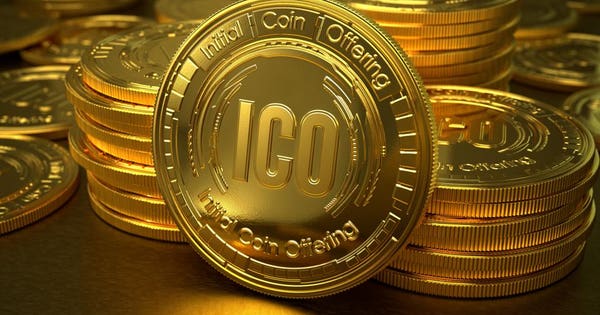 Despite the number of Initial Coin Offerings (ICOs) and Security Tokens (STOs being seen to decreasing last year, the latest annual ICO/STO report from PwC Strategy in collaboration with the Swiss-based Crypto Valley Association (CVA), indicates that the overall landscape is experiencing a “sustained phase of maturity”, whereby quality projects are in the ascendancy.

The 2019 global ICO/STO report by PwC, the fourth such annual study of its kind to date with CVA, a not-for-profit body located in Zug helping to support development and dissemination of cryptographic technologies, blockchain, and other distributed ledger technologies (DLT), revealed that in the second half of 2018 the number and volume of ICOs and STOs decreased considerably.

After crypto-crowdfunding continued its growth course in the early part of 2018 and reached the total volume recorded of the previous year in March 2018, it declined notably in the second half of the year.

This was due to both “the shift from ICO to STO” and due to the so-called “crypto-winter.” That said, 2018 saw twice as many successful ICOs/STOs as in 2017, which industry experts consider as being a generally positive development.

But with the emergence of regulated STOs, the fundraising method ICO is “now leaving a grey area”, the report ventured.

The total amount raised almost tripled from 2017’s $7 billion figure to 2018 where some $20 billion flowed in. A significant portion of last year’s volume was attributed to two “unicorn” ICOs – start-ups EOS and Telegram – that generated a combined $5.8 billion.

This, it is argued, represents a dynamic shift from quantity to quality. And, global jurisdictions and infrastructure are in line with the trend, with Switzerland playing a pioneering role.

In terms of defining terms, the report stated that: “Security Token Offerings (STOs) are not fundamentally different from ICOs, but a more mature and regulated form, as the underlying tokens provide different financial rights, including dividends or shares.”

Daniel Diemers, Head of Blockchain EMEA at PwC Strategy&, commenting on the industry landscape: “The trend demonstrates that from an investment strategy perspective, ICOs or STOs remain attractive to investors for venture capital financing. However, there is a process of rethinking in favor of more security and transparency for investors.”

The study noted that the continued decline in value of digital currencies by the end of the year has led to a state of so-called “crypto-winter” in the global crypto community. However, the declining investment volumes were not only caused by the valuation of digital currencies being pummelled. STOs are “gaining popularity” in the cryptocurrency industry according to these findings.

“Although, STOs as token offerings for securities and rights in rem (i.e. rights of possession and ownership) are not fundamentally different from ICOs, they are a more regulated version of it,” the authors of the fourth global ICO STO report from PwC Strategy stated.

STOs combine many features of ICO such as low entry barriers for investors as well as traditional VC/PE fundraising characteristics, for example, regulations based on local security laws including KYC/AML).

In addition to securities, the reported noted that there is a trend towards tokenization of assets like commodities (gold, oil, etc.) and the tokenization of intangible goods (e.g. music rights).

Diemers added: “ICOs have often been designed as highly speculative vehicles and have attracted the attention of regulators. Improved regulation through the tokenization and recognition as securities is another step towards maturity. It is interesting to see how the industry has changed in such a short time and what business models will result or which will prevail.”

Reg Landscape & Infrastructure Must ‘Level Up’

The Swiss Financial Market Authority, FINMA, has addressed the topic of tokenization early on and differentiates between payment, use and investment tokens. To that end, the Swiss regulator issued a further paper last year (February 16 2018) regarding the regulatory framework for ICOs.

Daniel Haudenschild, Blockchain lead EMEAA and president of the CVA in Zug, which has one of the world’s lowest tax regimes and home to thousands of companies, commenting in the wake of the ICO/STO report said: “Switzerland’s advanced regulatory model, along with its greater reliance on STOs on established securities laws, provide a good basis for further blockchain developments.”

He added: “We are glad to see that Switzerland continues to play a major role in a dynamic marketplace, even as it moves towards more asset tokens and stablecoins.”

The study has noted a number jurisdictions that could be said to passing muster when it comes to looking at and dealing with STOs. These include the following territories.

With the increasing expectations and the increased regulatory requirements of STOs, the existing infrastructure, for example for trade and custody, must also develop further the study has argued.

Indeed, this has been recognized by established stock exchanges and financial institutions and is expanding its services in the crypto sector that see opportunities.

Among Swiss banks, this January Vontobel was authorized to launch the first regulated crypto custody service called Digital Asset Vault, touted as the first in the world.

Of course the jury might still be out on STOs and if they will really game changing, but the sands would seem to be shifting from these findings.

Moreover the death of the ICO might well be overstated, even if the market saw millions in losses and produced shockingly few success stories. Fundamentally though – be it ICOs or STOs – there is much to put right in this space and get the house in order.

Indeed, as Hirander Misra, CEO and founder of British-based GMEX Group, an IT and business services provider for traditional exchanges and crypto/digital token exchanges, said: “With everyone comparing STOs to ICOs, notwithstanding the differences there is a great opportunity for STOs to actually get things right and potentially be game changing. Central though to developments will be establishing trust between parties – that’s key.” Add to that one cannot discount scams won’t happen.

The full PwC Strategy report can be viewed here. For further information on STO jurisdictions see G. Dobrauz-Saldapenna and U. Klebeck, “Initial Coin Offering – Legal & Regulatory Challenges of Crossing the Borders”, in the Journal of Alternative Investments, Spring 2019. Strategy& is part of the PWC network of firms in 158 countries.

Long Covid Fools Us: Unemployment Could Be Much Higher Than Official Numbers Imply
Lauren Taylor Wolfe says it’s just too risky for investors to ignore ESG amid recent pushback
Ask Larry: Should My Wife Take Early Retirement Now And Higher Spousal Benefits Later?
Student loan forgiveness and income caps: Here’s what married couples need to know
Two Retired Accountants Toured The U.S. In An RV And It Cost $209 Per Night