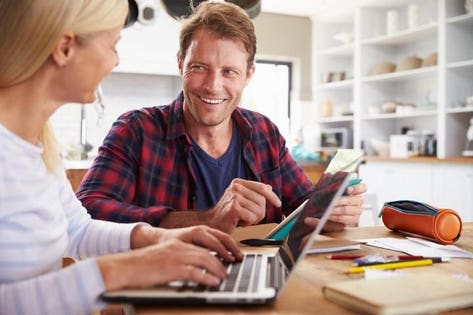 Today I’m going to peer into my crystal ball and give you the scoop on where high-yield closed-end funds (CEFs) might be headed in 2019.

Then I’ll give you a proven way to zero in on the ones that are the best bargains for your portfolio now.

First, if you own stocks through CEFs, you’re already outrunning the market: my CEF Insider Equity Sub-Index—a great proxy for stock-owning CEFs—is up 13.7% since January 1, a nice lead on the S&P 500’s 12.3% gain.

Even better, CEFs are cruising upward without getting ahead of themselves—exactly what we want in a rock-solid income play. As you can see below, 85% of these funds are still cheap when you compare their market prices to their net asset values (NAVs, or the liquidation value of their portfolios).

Even better for those of us on the hunt for cheap, outsized dividends, well over half of CEFs are trading at discounts bigger than their long-term averages!

That points to even more upside for us this year, as we tap the incredible 7%+ dividend payouts you can grab from CEFs.

Two Numbers Point to Big CEF Bargains (and Ripoffs, Too)

So how do we hone in on the highest, safest dividends in the CEF space while hedging our downside?

A great strategy (and one I use myself) is to look at funds where NAV and market-price returns vary widely, then spot whether this gap is justified by what’s happening in the market or in the fund itself.

To see this in action, let’s look at the CEFs with the best and worst returns so far this year, by both market price and NAV, plus the fund with the biggest difference between the two.

Thus, the fund’s market-price and NAV rebounds in 2019 reflect investors returning to Chinese stocks, which is also driving CAF’s premium to spike suddenly—a common move for the fund after a selloff.

The risks here are clear, but they’re also pretty closely tied to those of Chinese stocks as a whole.

Let’s skip ahead to the India Fund (IIF), because the story there is similar. IIF’s weak NAV return and market return are the result of India’s economy, which is expected to see slowing growth in 2019 and 2020 after beginning to ratchet back in late 2018. Recent tensions with Pakistan don’t help things, so this fund’s decline is pretty rational and unsurprising.

Part of DSE’s strong showing in 2019 stems from energy’s rise, but there’s something going on inside the fund, too. In late November, DSE began shifting from investing in energy MLPs to midstream MLPs, a more narrow sector that was extremely oversold in 2018, so has bounced back fast in 2019.

The timing of that change was particularly good, narrowing DSE’s discount slightly, to 9.9%, from where it was in November. Again, a rational response to a change in the fund’s fundamentals.

When a High Yield Signals Danger

Finally, what’s up with the Stone Harbor Emerging Markets Income Fund (EDF) and the huge discrepancy between its market price and NAV returns? This is where we see the irrationality of the CEF world really shine through.

EDF is a poorly performing emerging-market fund with a high expense ratio (2.96%!). Despite those massive fees, the fund’s total NAV return over the last five years has been a measly 3.4% annualized, far below the S&P 500 and hundreds of other CEFs.

This is partly due to the complex emerging-market debt the fund invests in, partly due to fees and partly due to poor decisions, like holding over 10% of its assets in Argentinian debt (yes, the country that has defaulted more than once). This is a fund that should be sold cheap, but its current premium to NAV is not only one of the highest of any CEF, it’s at an all-time high!

Why has that premium been climbing lately? Yield-chasers are driving up its market price: EDF has never cut its dividend and now pays a shocking 15.9% yield. If you only look at that yield, this seems great. But unfortunately, EDF’s returns are less than a quarter of its yield, which means its dividend is not being covered by gains and will be cut.

And while first-level investors have driven EDF’s price sky-high, the fund is a rarity now; many CEFs are fairly priced (and quite a few are still cheap!), despite strong gains so far this year.

The Remarkable Janet Yellen
IRS Tax Collections Are Way Up Even Without 87,000 New IRS Agents
Some millennials and Gen Zers are closing investing accounts over inflation. Here’s why that may lead to regrets
‘The Woman King’ poised for big box-office run after surprisingly strong opening weekend
Home Values Decline For Second Month In A Row As Competition Eases