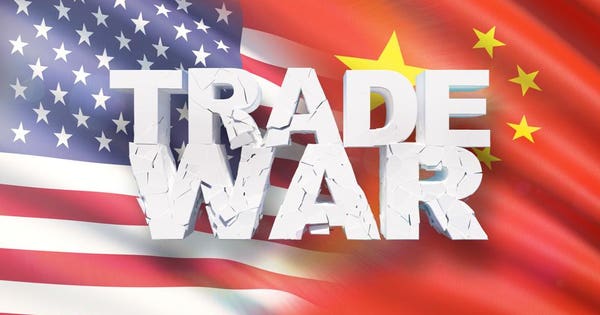 China won’t accept an unfair and unequal trade deal, which will undermine its sovereignty.

That’s according to an OP-ED piece posted in Globaltimes on Sunday. “The US also reveals that the biggest divergence between China and the US now is that the US will impose punitive tariffs on Chinese products any time it feels that China does not fully implement the agreement while China should not retaliate,” says the OPED. “China believes this is an intrusion on China’s sovereignty and has rejected the proposition.”

Financial markets may not like this development, when they open for trade on Monday. Especially, after being on the edge, following Friday’s weak US employment report.

The OP-ED comes after the two countries seem to have worked out all the essential differences and ready to sign an agreement.

But agreements have to be executed, otherwise they become empty letters, as was the case with early trade agreements between the US and Japan back in the early 1980s.

That’s why America came up with “results-oriented agreements” in the early 1990s, shortly after the US Congress passed the Omnibus Trade and Competitiveness Act. Washington listed Japan as an unfair trade partner, and called for close monitoring of US-Japan trade agreements, with the threat of sanctions, if not implemented.

As expected, America’s demands drew the prompt criticism of the Japanese side. “Unilateralism, together with the tendency toward bilateralism, sectorism, and managed trade, jeopardizes the multilateral trade system and damages the Uruguay Round trade negotiations,” said a Ministry of Foreign Affairs response back then.

The rest is history. Eventually, Japan gave in to America’s demands. The trade war was averted, and the Japanese economy was set on a roller coaster ride, which lasted to this day.

Apparently, Washington is trying to apply the same formula in trade negotiations with Beijing.

But it won’t work. China isn’t Japan. History shows that China doesn’t yield to outside pressure, even if the odds of losing the game are extremely high (e.g., Opium wars).

That’s why Washington should give Beijing space to “fall.”