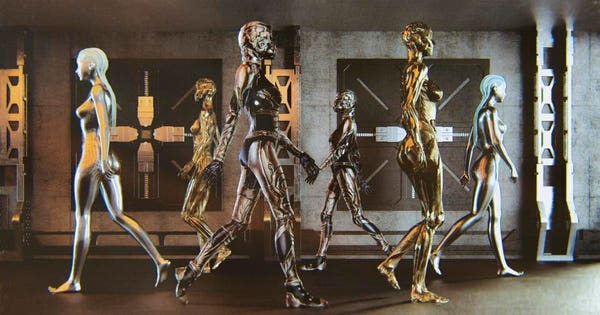 If a human being decides you should be subject to a 20% accuracy penalty for understating your tax, it is not valid unless another human being, one at a higher paygrade, approves it in writing.  On the other hand, if a machine assesses the penalty it’s valid.  You can still argue about it in Tax Court, but you are up against the presumption of correctness.

That is one of the things that Craig S and Maria Walquist learned in their recent Tax Court decision. (They did better back in 2012 with a stipulated judgment on an offer in compromise.) Another thing they learned was that it can be expensive to make frivolous arguments in Tax Court.  Besides their tax of $13,832 and accuracy penalty of $2,766, their frivolity incurred a $12,500 penalty.

While waiting for this decision, Craig filed a lawsuit in district court to garnish the pay of the Secretary of the Treasury. He called himself Craig Steven of the Walquist family making the connection a little less transparent.  I tried to read his claim, but I did not find it that coherent.  A magistrate ruled.

The Walquist 1040 had gone in reporting $94,114 of gross income.  There was a “purported offset or deduction” of $87,648 designated as a “Remand for Lawful Money Reduction”.  You know that when a Tax Court judge uses any form of the word “purport” things are not going to go well for the taxpayer.  I have to give the Walquists credit. They have a new one.

“Remand for Lawful Money” does not show up in any other tax decision, ruling, regulation or any other document in the body of tax authority. It actually does not show up anywhere on the internet at all, except in this case and things written about it.

Google suggests that maybe they meant “demand for lawful money”, which does show up in discussions of how to fight back against the evils of the Federal Reserve system.  Given how many typos slip by me, that is not something I could be critical about.

Why The Computer Does Not Need Supervision

The reason that the accuracy penalty stood up even though it did not have an IRS supervisor’s approval was that penalties that are generated by automatic computations do not require approval.

From Notice To Ninety Day Letter With No Human Intervention

The most interesting part of the decision is the insight into IRS procedure, which I should probably study more.

Alerted to petitioners’ underreporting by computer document matching, the IRS processed the examination of their return through its Automated Correspondence Exam (ACE) system, employing its Correspondence Examination Automated Support (CEAS) software program. This software is designed to process cases “with minimal to no tax examiner involvement until a taxpayer reply is received.” Internal Revenue Manual (IRM) pt. 4.19.20.1.1 (Dec. 18, 2017).

It looks like the IRS is dealing with its shrinking staff, by putting some enforcement on autopilot.  Once you are in the sights of CEAS, it goes to thirty-day letter and then to ninety-day letter, if you don’t respond.

That was probably the Walqusits biggest mistake.  If they had responded, a person would have had to get involved.  And there is some chance that the harried person might have rubber stamped their explanation and their refund would have issued.

I think that is what makes Pete Hendrickson’s CtC educated acolytes successful (Pete, of course, believes it is because he is right in his reading of Supreme Court cases).  I asked him for his comments and he wrote me

You’re right that their failure to rebut the “information returns” about them mattered, of course, as the TC says R. pointed out: “As respondent notes in his motion, petitioners “have not disputed the accuracy” of this information return…” and it’s telling that this observation is made. But that’s relevant more in passing in this case than in substance, I think, because they apparently had no idea what to rebut, why, or how.

If They Put Me In Charge

I think the IRS should adopt a new policy on frivolous refund claims.  If a taxpayer is looking for a refund of withholdings that are out of proportion to positive income, do nothing.  After six months the really determined ones can sue in federal district court or the court of claims, which is a lot harder than the Tax Court.  That would make it not an IRS problem so much as a problem for the DOJ Tax Division. The Tax Court would probably appreciate the lessened pressure on its docket.

I’m sure there is a reason why my plan doesn’t work, but it is a nice thought experiment.  Any readers who know why this is a bad idea can send me their thoughts which I might include in an update.

Getting caught up in the automatic gears of the IRS systems is something that can happen to people much more compliant than the Walquists.  You need to really pound on your clients to send you copies of any notices that they receive stat. I once had to have a tax court petition filed on an easy to resolve 1099 mixup because the client did not send me the notices until it had reached that point.  As a practical matter, the petition might not have been necessary, but I heard that ninety-day clock ticking so a simple matter required tax attorney intervention.

Bryan Camp had Lesson From The Tax Court: No Human Review Needed For Automated Penalties? on the TaxProf. Professor Camp finds things to be disturbed about in the decision.

Under the computer model, however, judgments are pre-programmed by IRS administrators who instruct programmers how to write the computer code. Rather than arriving at decisions based on information, computer administration makes judgments based on operating presumptions applied to a lacuna of information. Once the assumptions lock in, taxpayers must later try to undo the consequences.

Ed Zollars had Supervisory Review Not Required for Substantial Underpayment Penalty Generated When Taxpayer Failed to Respond to Unreported Income Notice.  As with most other articles he focused on the supervisory approval aspect.

An automatic machine-generated chop is not the “bargaining chip” Section 6751(b) was designed to take from the hands of over-zealous examiners.

And there is no Boss Hoss for a computer running standardized software. If this needs a Boss Hoss sign-off, then there can’t be any exceptions, and that makes hash of the statute.

GM to close reservations for electric Hummer pickup, SUV after topping 90,000
‘Maximize that free money first.’ The best time to apply for financial aid for college is coming up
More homebuilders lower prices as sentiment falls for ninth straight month
Trump-linked Digital World Acquisition Corp shares are now around $16 after hitting $97 earlier this year
As 30-year mortgage rates hit 6.7%, homebuyers are facing ‘payment shock.’ Here are ways to save