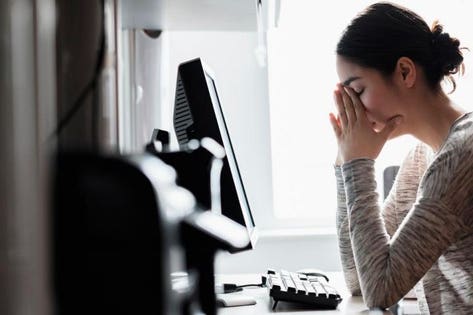 At some point, someone probably gave you the following investment “advice”—or some version of it:

“All you need to do to make money in stocks is buy a company with a big-name brand, sit back and let the gains roll in.”

Sounds logical, right? After all, a household name is critical if companies want to keep their millions of fanboys (and girls) hooked.

Well, not anymore. Here’s the proof.

Like General Electric (GE), whose banner ranks No. 16 on Interbrand’s latest ranking. But that did zilch to keep investors’ cash safe—55% of it went up in smoke!

Another big-name disaster slaps the word “brand” right into its name—and owns the banner once seen as the only word in lingerie: Victoria’s Secret. What did that do for L Brands (LB) shareholders? Not a thing!

Let’s dive into why big brands are yesterday’s news. Then I’ll show you four “no-name” stocks that are much better buys.

First, if any of this sounds familiar, it’s because I’ve been sounding the alarm about the fan faves of the S&P 500 for years, like when I dove into the Kraft-Heinz (KHC) dividend dumpster fire (a mess we also saw coming) in a March 5 article.

Think about it for a moment: a few years back, you simply wandered into a store and bought the labels you knew. But today, most folks spend hours online before making a big purchase, poring over reviews and hunting down the best price.

Brand strength? Forget about it. Victoria’s Secret is a textbook case: online peddlers like True & Co. and ThirdLove are clobbering it.

Shopping in the “No-Name” Aisle

So, savvy contrarians we are, we’re going to skip the slow-motion brand flameout and look to a set of proven “anti-brand” stocks instead.

I’m talking about midcaps, or stocks with market caps—the value of all shares outstanding—between $2 billion and $10 billion. They’re off the brand-obsessed crowd’s radar, giving us a rich hunting ground of bargains (and dividends) to play in.

Here’s the funny thing about midcaps: most folks look at how they’ve performed in the last year (or even five years), throw up their hands and say, “What’s the point?”

It is true that these “goldilocks” plays are slow-starters compared to your typical S&P 500 name. But when we stretch our timeframe to, say, 10 years, they break into the lead.

Twenty years? It isn’t even close.

It’s tough to argue with performance like that. So let’s dive into the four names I’ve got for you now, ranked from “good” to “great.”

Because midcaps can be tough for regular folks to get good info on, buying through an exchange-traded fund (ETF) can make sense. My pick here is the Invesco S&P MidCap Low-Volatility ETF (XMLV).

True to its name, XMLV is a bastion of calm: its five-year beta rating is 0.74, meaning it’s 26% less volatile than the S&P 500. You’re not sacrificing performance for this tranquility, either. Name a time period—one year, three years, five years—and this fund has bested the S&P 500 during it.

Check out its market-crushing run since inception in 2013: you can see its low beta in action, with dips smaller than those of the market, especially in late 2018.

The problem? Weak dividends: at 1.9%, XMLV yields the same as your typical S&P 500 stock. We’ll need to do better if we want to retire on dividends alone (the only way to truly protect your golden years from a market crash).

You can solve this midcap dividend dilemma with a closed-end fund (CEF)—specifically the Liberty All-Star Growth Fund (ASG).

ASG yields an outsized 7.5%, or four times more than XMLV. And while it’s not a pure play on midcaps, they do account for just over half its portfolio.

The fund is nicely balanced across industries, though it does lean toward tech, so you might want to rejig your portfolio’s tech side if you buy.

Management has profitable story to tell, too: ASG has leaped out to a 23% total return year-to-date, doubling up the S&P 500’s gain. It’s no flash in the pan, either. Check out this long-haul performance!

With CEFs, the key figure to watch is discount to net asset value (NAV), or the difference between the fund’s market price and the value of its portfolio. I almost never recommend a CEF unless it’s giving us a deal on its holdings.

And ASG is doing that, trading a 7.3% discount. That’s a steal when you consider that its 52-week average is a 1.2% premium. That’s right: investors love to overpay for this fund! That gives us plenty of “baked in” upside.

The only trouble? There’s little to pick from when it comes to midcap CEFs, with ASG being one of just a few and, as I mentioned above, not a pure play. Which brings me to the two final names I have for you.

Best: A Two-Pack of Midcaps Paying Up to 8%

My favorite way to grab midcap profits is to pick individual stocks, because we can bag big dividends and fast payout growth without limiting ourselves to just a few choices, as we would if we went with just CEFs or ETFs.

Enter my two final picks, both of which I’ve cherry-picked from the holdings of XMLV, above.

The other numbers above speak for themselves: a 4.1% dividend that’s growing fast and is well covered by funds from operations (FFO, the key metric for REITs).

The kicker? LSI is cheap at less than 18-times FFO.

Finally, low-key Hospitality Properties Trust (HPT), a REIT with 326 hotels and 200 highway travel centers, is worth a look for that near-8% dividend alone. Plus you’re still getting payout growth here, too, and terrific dividend coverage.

The hospitality business has been on a tear since 2009, but it still has legs, according to the latest report from Deloitte, with revenue per available room (RevPAR) set to rise 2.4% in 2019.

That, plus HPT’s high yield, payout growth and dirt-cheap valuation, give us lots of downside “insurance” (and upside potential) while we collect that massive payout.

Boeing to pay $200 million to settle charges over misleading investors after 737 Max crashes
Bed Bath & Beyond’s merchandise problems will make it hard to pull off a turnaround this holiday season
Trump-linked Digital World Acquisition Corp shares are now around $16 after hitting $97 earlier this year
IRS Tax Collections Are Way Up Even Without 87,000 New IRS Agents
31 Things Your Home Needs This Fall (That Have Nothing To Do With Pumpkin Spice)