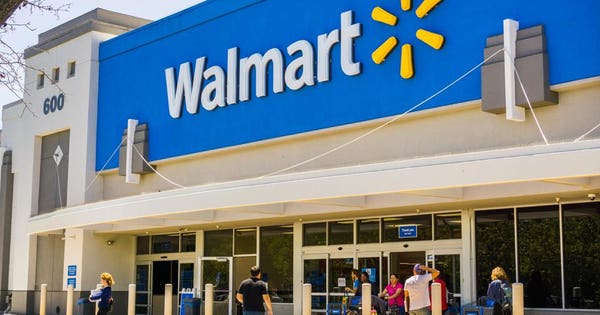 That’s a big difference from the previous years, when Amazon’s shares were beating the traditional retailers’ shares by a huge margin.

Walmart, Target, And Amazon Shares In The Last Twelve MonthsKoyfin

Walmart, Target and Amazon Shares in the last Five YearsKoyfin

This change in the fortunes of the three retailers on Wall Street may come as a surprise to business strategists and investment analysts who were ready to write off traditional retailers.

But apparently, something has changed in the retailing industry.

Instead of going away, traditional retailing has come back to supplement and reinforce on-line retailing. Shoppers are ordering online and are picking up merchandise at neighborhood stores, saving time and avoiding shipping fees.

That’s especially the case for groceries, where speed of delivery is a crucial factor in maintaining freshness.

The merging of online retailing with traditional retailing has given an advantage to retailers with a large neighborhood store presence like Walmart and Target. The two retailers have reported a rebound in both online sales and retail sales.

“It’s no longer a secret that you need a strong brick-and-mortar operation to accompany your online strength,” says Haris Anwar, Senior Analyst at the global financial platform Investing.com. “The 40% growth rate in Walmart and Target online sales over the past several quarters are a good indication that these old retail companies have found a way to achieve that winning mix.”

Walmart, Target, and Amazon Revenues in the last Five YearsKoyfin

Simply put, Walmart and Target have changed the game in the retailing industry. And they have brought Amazon back into the world of the neighborhood store it once sought to abolish. “If Amazon wants to snatch a major portion of $840 billion grocery market, it has to create a model where its strong e-commerce capabilities supplement a physical store network,” says Anwar. “Amazon’s retail ambitions will not be fulfilled unless its expands its physical presence.“

In fact, Amazon seems to have been doing just that, with the acquisition of Whole Foods, according to Anwar. “The Whole Food acquisition was part of this strategy to accelerate its learning and then come up with a strategy to disrupt the retail market,” he says. That strategy? Opening up more grocery stores around the country to cater to markets not served by Whole Foods, as recently announced.

While it’s too early to say whether Amazon’s new strategy will work, one thing is clear. Walmart and Target have “turned the tables” on Amazon. Now, the on-line giant will have to play catch-up with the traditional retailers both on Wall Street and Main Street.

Gallery: The World’s Most Reputable Companies 2019

Pairing up? Here’s how to know when it’s time to combine your finances
Fed Hikes Rates By 75 Basis Points—Here’s Why It’s Not All Doom And Gloom For Investors
Hedge funds ramp up market bets as volatility brings the asset class back into favor
Trip.com says China hotel bookings are surpassing pre-pandemic levels
56% of Americans think the U.S. is already in a recession. These 4 steps can help protect your finances in a downturn