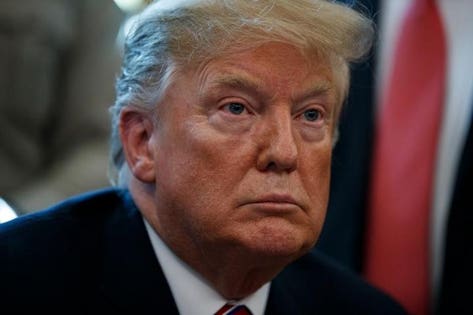 As he does almost daily, President Trump sent out a number of tweets recently. Two of them contain assertions about the economy that need fact-checking and being put in context, similar to fact-checking his State of the Union address. The statements include the tax cuts, the overall economy, unemployment and how many people are working in the U.S. Fortunately there are facts that can help determine the actual state of the economy and how his descriptions of them match up.

Trump has said multiple times that the tax cut was the largest in history. As usual he is overstating the impact of his policy. The Center for a Responsible Federal Budget or CRFB does some very good analytical work about the Federal government’s spending and revenue.

Its February 2 blog posting analyzed Trump’s statements and wrote the following, “The President made his oft-repeated assertion that the Tax Cuts and Jobs Act (TCJA) constitutes the largest tax cut in U.S. history. However, this is not true by any measure. The tax cuts are among the largest in nominal terms, but even then they are still smaller than tax cuts passed at the beginning of 2013. And this is largely due to inflation and because the economy grows over time, leaving more tax revenue to cut.” The CRFB calculated that the tax cut was the 12th largest in history as a percentage of GDP with Trump’s being 0.6% of GDP.

Tax cut based on Percent of GDPU.S. Treasury Dept., CRFB calculations and Romer and Romer “A Narrative Analysis of Interwar Tax Changes

The CRFB added, “Adjusted for inflation, the TCJA is the fourth largest tax cut in history, behind the tax cuts in 2013, 2010, and 1981. It is the fourth largest whether looking at the official $1.5 trillion cost of the legislation, or our $2.2 trillion estimate excluding the gimmicky use of expirations and delays that artificially reduced the bill’s cost.”

The best economy only applies to developed countries

Trump’s comment that the U.S. has the best economy is very similar to a previous one that we have the hottest economy in the world. This is a subjective statement but there are metrics that can be used to measure which country has the “hottest economy.”

The U.S. is growing faster than other advanced economies but is expanding slower than a number of others such as China and India. While China’s growth rate is slowing, it is still substantially higher than the U.S. From the International Monetary Fund here are various countries estimated growth rates in 2018 and 2019.

The unemployment rate has actually been lower

Another aspect of the unemployment rate is how it has trended down since it peaked in October 2009 during the Great Recession in President Obama’s first year. While the following graph is through September last year, the rate has essentially flat-lined through February.

While the 158 million is technically correct, the workforce grows as the population increases . This is similar to saying the economy is the largest ever compared to a few years or decades ago. It will increase due to inflation. The graph shows how employment tends to move up except in times of recession.