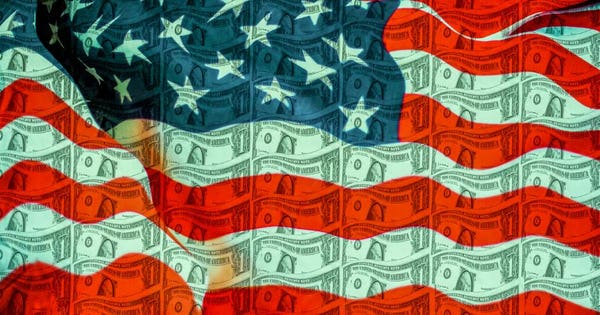 No one thinks that sales tax in the US is a problem unless they are operating in the US. But a Supreme Court case last year between Wayfair, the online furniture and home goods company and the state of South Dakota has changed that. It overturned a law on not taxing companies with no physical presence in the taxing state, ushering in an uncharted paradigm for any company selling online.

The impact of the ruling will hit businesses across the board. Historically, companies only had to pay these taxes in states in which they have a physical presence. Now, they will be charged by states into which they sell – i.e. where they make a sale.

Based on “economic nexus” rather than “physical nexus”, the scope of activity a state may choose to tax can be far wider. And over 30 have adopted these laws already, with two-thirds following South Dakota’s lead: collecting tax from vendors with more than 200 individual sales into the state, or those that make more than $100,000 in revenues. But including local surtaxes, the sales tax rate now hitting any company selling into a state ranges from 4.7% to 13.5%, with the thresholds for revenues spanning $100,000 to $500,000, and starting as low as 100 transactions a year, depending on the state.

The motivations are obvious: in an increasingly online, intangible global economy, how else are governments going to fill their coffers? The European Union, which is currently cooking up its so-called Gafa (Google, Apple, Facebook and Amazon) tax, introduced the same style of consumptive, rather than supply-driven, restrictions to VAT back in 2015. But that is little comfort for those of us at the coalface. Amounts, timings, details are still ambiguous at best and, at worst, unknown. Legislators are rushing out changes because no state wants to have to attempt to back tax, and the longer they leave introduction, the more revenues they miss out on.

In this post-Wayfair world, sales taxes have taken on a far larger role for software companies, who will a) have to pay them and b) get used to operating in a more convoluted environment. The picture is always going to be more complex for SaaS businesses anyway, as we are, by definition, omnipresent – able to sell anywhere in the world because our products are intangible.

If you are selling software across the US, you will now have to comply with what will be a minimum of 52 new tax codes, plus any surtaxes that may be introduced by counties or cities. And you are faced with this not just in the US, but in 30 countries in Europe, along with Australia, Japan, South Africa, South Korea, Norway and India – the list goes on. Moreover, many US states have highlighted software and SaaS products as explicitly liable for sales tax, with (currently) three official categories being applied: “one-off software”, “subscription software” and “other digital”.

There are several ways forward. Full disclaimer: my company, Paddle, offers software companies everything they need to run, from payments and subscriptions to taxes, in one end-to-end solution. But this also makes me well placed to suggest how all of us in the sector might navigate these changes.

One, build the expertise to meet this growing challenge internally (most likely with the help of consultants, who are having a field day on the back of these laws); keep up-to-date with the legal landscape, and use financial and engineering resources to do so. Two, outsource the job to another company, buying tools that help with calculating tax – from the likes of Avalara and TaxJar. Or three, if you distribute your software on Mac or Windows, sell more through the app store, which makes tax someone else’s problem.

There is, however, a more fundamental concern here. Regardless of successful solutions, the changes that make sense to the government could stymie innovation – and we cannot know in what measure. What volume of time, money and expertise is going to be swallowed up as companies sink more resources into “remaining compliant” rather than building and innovating?

Software companies are not unfamiliar with having to build for change. Years ago, we had to build the infrastructure to then create products and get them to market. Now, the challenge is to bring the way we run ourselves up to speed. In an increasingly Byzantine, state-driven system, doing so fast is absolutely vital.