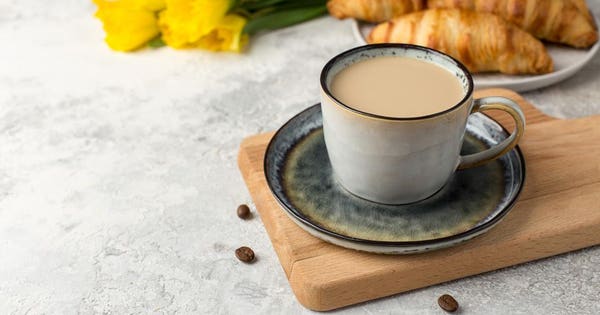 Burger King started a coffee price war against McDonald’s and Starbucks recently. Customers who sign up through BK app can get a cup of coffee every day for a flat monthly $ 5 fee. That cuts the price of coffee to under 17 cents per cup!

At this low price, Burger King must barely cover the cost of the cup, which means that it gives the coffee away. Why?

To create its own “community,” according to Norty Cohen, CEO – Moosylvania.

“We believe that consumers inherently want to ‘belong to a community,’ it’s part of the Maslow Hierarchy,” says Cohen.  “(Technically, it starts with food and water – goes to safety – then belonging – then esteem.)  Starbucks has delivered against this need since its inception. Burger King’s concept, by definition, creates a new community of $5 loyalists.”

But there’s a strategic factor in play, too. The change in the focus of Burger King’s breakfast proposition — placing of coffee ahead of other breakfast items like egg and bacon sandwiches.

To the everyday person, this change in focus sounds like a word-game.  But to a business strategist, it makes a big difference. The coffee first strategy is superior to an egg and bacon sandwiches first strategy, for two reasons:

Second, for most people concerned about obesity and cholesterol, most breakfast items sold by fast food chains and coffee shops are hardly the best food to seek after. This makes it less likely for these people to stop by a donut place, as reason prevails over emotion. But when the same people stop in a coffee place, they may find themselves buying whatever goes with coffee to go together with the coffee—as emotion takes over reason.

McDonalds has been successfully applying this strategy by offering one-dollar coffee deals first, and eventually all-day breakfast. “Burger King is trying to pull off a McDonald’s, whose breakfast offering was a big success in the U.S and which has provided the fast food giant with important revenue ever since its launch,” says Clement Thibault, Senior Analyst at global financial markets platform Investing.com.

The problem is that Burger King may be late in the game, according to Thibault. “I think Burger King is currently behind the curve, and this coffee subscription is a move to jumpstart daily foot traffic to its restaurants across the U.S.,” adds Thibault.

What about Starbucks? “Starbucks is not likely to be affected by Burger King’s new offering, as they don’t appeal to the same customer base.”

Indeed, Starbucks “third place” value proposition is much different than that of Burger King. It focusses more on mixed espresso drinks sold at a premium price to more affluent customers rather than plain coffee sold to bargain hunters.

Still, Thibault sees Burger King’s move as a positive step in improving the company’s top line, without hurting competitors. “At the end of the day, Burger King ownership has the knowledge required to make a good product, as its parent company also owns Tim Hortons. It’s a move that should increase spending by existing Burger King customers, without necessarily hurting its competitors.

Gallery: The World’s Most Reputable Companies 2019

Home Sales Fall For The Seventh Straight Month In August
As 30-year mortgage rates hit 6.7%, homebuyers are facing ‘payment shock.’ Here are ways to save
Car buyers pay 10% above the sticker price, on average — or more if you want a Jeep or Porsche
Villa Amalfi Townhouse Sale In Dubai Breaks Another Property Price Record
IRS Tax Collections Are Way Up Even Without 87,000 New IRS Agents