Some high-profile, privately held companies — including Uber, Lyft, Pinterest and Airbnb — are about to break into the public market by launching an initial public offering.

So, what exactly is an IPO?

An IPO is the process by which a private company issues its first shares of stock for public sale. This is also known as “going public.” Beyond structuring a firm’s shares for sale, the process includes establishing stakeholders and creating regulatory compliance aimed at financial disclosures and transparency. This process exists, experts say, to protect the investor public from purchasing shares in fraudulent companies.

Here’s what else you should know about the IPO process.

It’s amid discussions of funding options that the topic of going public will typically crop up at a company, said Tim Jenkinson, a finance professor at the Saïd Business School at the University of Oxford.

IPOs can be an opportunity for businesses to rake in huge amounts of money, which they can use to ramp up hiring or acquire other firms.

Some private companies can be under pressure from their original investors to go public, Jenkinson said. That’s because the venture capital or private equity firms that have funneled money into a company want to realize a profit, and one way for them to do so is if the company is able to be bought and sold on the public market.

While original investors could also see a return if the private company is purchased by another company, Jenkinson said, that option isn’t always available.

Employees of the private company might also be antsy to unload some of their equity. “You can’t pay your rent in San Francisco with restricted stock,” said Greg Rodgers, a capital markets lawyer and partner at Latham & Watkins.

There’s another reason for the stampede toward the public market as of late, Jenkinson said. The stock market is approaching all-time highs, with the S&P 500 index up more than 200 percent over the last decade.

“Many people are saying, ‘This is a great time to exit. Who knows what’s around the corner?'” he said.

An IPO generally takes around four to six months. “It’s a very grueling process for the directors of the company,” Jenkinson said.

Companies first have to decide on an investment bank — often called a “book running manager” — to lead them through the process, said Roni Michaely, a professor at the Geneva Finance Research Institute at the University of Geneva in Switzerland.

The company then typically files a confidential document, dubbed the IPO prospectus, with the Securities and Exchange Commission. That filing is supposed to contain everything investors should know about the company, including its risk factors and financial statements. 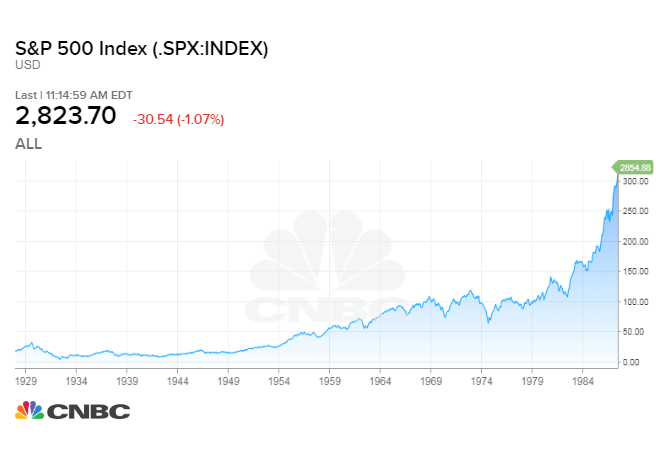 After a number of rounds with the SEC, that document is eventually publicly released.

Then the company goes on a “road show,” during which prospective investors get to meet executives at the company and ask them questions. Think of the prospectus as a resume, and the road show as the job interview.

A company is essentially gauging its demand throughout this tour. A business typically aims to reach “a triple oversubscription,” Michaely said. That means it wants three times the interest in its shares than it’ll make available.

More demand, of course, allows the company to price itself higher.

On the last night of the road show, and before the trading begins on the public market, the investment bank and the company executives huddle to determine the price of their stock and to whom they’ll allocate how many shares.

Most everyday investors aren’t involved in the process. Typically, 85 percent of a company’s shares during an IPO are sold to institutional investors, and the rest to individuals, said Jay R. Ritter, a finance professor at The Warrington College of Business at the University of Florida.

However, Lyft’s IPO this month could, in theory, make a difference in your retirement down the road nonetheless.

“If your 401(k) is invested in equities, there’s good chance you will benefit,” said Ritter.

Despite the rush of IPO headlines as of late, the process has actually grown less common.

That’s mainly because companies increasingly have other ways than the public market to raise money. “There’s been an explosion in the private capital available to companies,” Rodgers said.

And some companies are going public without an IPO — but through a process called a direct listing, in which shares are offered directly to public investors without the underwriting of a Wall Street bank.

More from Advisor Insight:
Prepare your heirs for the $68 trillion ‘great wealth transfer’
Why some advisors are moving to shield the elderly from fraud
Has your broker or advisor landed on FINRA’s ‘bad guy’ list?

Rodgers, who worked on the recent direct listing of music-streaming service Spotify, said the option makes sense for companies that already have a robust shareholder base and no need for immediate capital. “It’s essentially leaping into life as a public company without doing an offering,” he said.

Many executives are also not eager for the scrutiny — including swarms of analysts, government regulation and constant coverage in news media — that comes with becoming a public company, Rodgers said.

“Your life going forward is lived under a microscope,” he said.

Your Side Hustle Success Begins With Finding The Money
The Fed forecasts hiking rates as high as 4.6% before ending inflation fight
Here’s how persistent high inflation may affect your tax bracket next year
Ford stock suffers worst day since 2011 after cost warning, shedding $7 billion in market value
The labor market is still hot — for now. Here’s what to consider before switching jobs