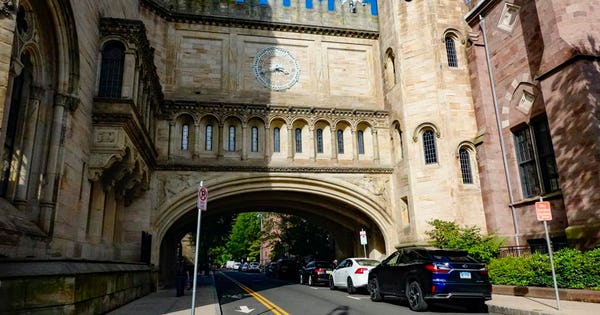 In recent weeks, we’ve seen four different stories that raise questions about the state of tax-exempt organizations. They make me question the ability of the IRS to manage Section 501(c) of the tax code or even whether the special privileges of tax-exemption are worth keeping—at least as currently designed.

Start with the recent college admission scandal.  According to multiple federal indictments, William Singer created a college preparatory business called the Edge College & Career Network and a tax-exempt nonprofit called Key Worldwide Foundation. Together, they allegedly helped students cheat on standardized college-admission tests, bribed coaches to get them into college with fake athletic credentials, and gave parents a way to get the government to subsidize up to nearly 40 percent of their costs through illegitimate charitable deductions.

How did the IRS grant tax-exempt status to Key Worldwide? The likely answer, in part, is that its woefully understaffed tax-exempt office accepted its application at face-value and never adequately reviewed the entity’s business practices.

Then, there is the tax-exempt status of major universities, an issue worth thinking about in the midst of March Madness. TV networks are paying the NCAA $19.6 billion for the rights to televise the college basketball championship tournament from 2010 through 2032. The NCAA, like the US Olympic Committee, is itself a media content provider with a tax-exemption.

But that’s just the beginning. The NCAA funnels a share of those TV revenues to athletic conferences which, in turn, dole the money out to their member colleges and universities. Since it has nothing to do with the exempt purpose of universities—that would be education–It probably should be treated as taxable unrelated business income. But it isn’t.

Coaches get cash bonuses for winning. University athletic departments grow their fiefdoms. Well-heeled alumni take business contacts to high-demand events. Everyone wins, except the athletes. They get scholarships and some living expenses, and a handful get professional contracts. But they get a very small slice of the financial pie.

We’ve also learned about an organization called the Center for State-led National Debt Solutions which landed in the news when it hired former Wisconsin Governor Scott Walker as its new chairman. It is designated by the IRS as a 501(c)(3) organization, which it allows it to accept tax-deductible contributions  from anonymous benefactors.

The group carefully states that its mission is to “educate state legislators….” But its website leaves little doubt that its real work is lobbying lawmakers to back a balanced budget amendment to the US Constitution.

Any sensible reading of the law suggests that if this group should be tax-exempt at all, it should be a 501(C)(4) social welfare organization. These (c)(4) groups are allowed to lobby, as long as they don’t advocate too much. Under new Treasury rules, unless these organizations are being audited they no longer need to disclose—even to the IRS—who their benefactors are. But unlike (c)(3)s, their contributors cannot take a tax deduction for their gifts.

It was never likely that the IRS would seriously challenge the center’s request for (c)(3) status, especially after the controversy erupted over the agency’s 2010-2012 handling of similar requests by quasi-political organizations. While the IRS denied 1,607 applications for tax-exempt status in 2007, it denied only 68 out of 92,000 applications in 2017.

Finally, there is the Pussy Church of Modern Witchcraft, described here by Forbes columnist Peter J. Reilly.  Like many more mainstream faith communities, the PCMW is both a 501(c)(3) and a church.

What is interesting about this church? It allows only people born female to attend (a rule that offends some advocates for the transgender community) and it allows only lesbians to serve in its leadership. Normally, a membership organization that limited participation to, say, only white men, would violate anti-discrimination laws. So would a company that explicitly prohibited, say, African Americans from serving on its board of directors. Discriminating against transgender people is illegal in 18 states and the District of Columbia.

But tax-exempt churches are another matter. The IRS makes no effort to judge the theology of a self-described church. And it certainly won’t try to regulate its membership or leadership.

The agency largely has stayed out of church-related controversies since its bruising, decades-long legal battle with the Church of Scientology and its income-producing businesses. In 1993, after 37 years of litigation, the IRS agreed to let the church settle an estimated tax debt of $1 billion for $12.5 million, and granted tax-exempt status to 153 Scientology-related corporate entities as well as its future initiatives.

One last issue to consider: The 2017 Tax Cuts and Jobs Act may have fundamentally changed the calculus of 501(c)(3) status. Because the law significantly expanded the standard deduction and limited the state and local tax (SALT) deduction, it largely turned the tax-deduction for charitable giving into a benefit for a relatively small number of mostly high-income households. According to Tax Policy Center estimates, the law cut the number of those itemizing their charitable contributions by more than half, to about 16 million. The share of middle-income households claiming the charitable deduction fell by two-thirds, from about 17 percent in 2017 to just 5.5 percent in 2018.

What can policymakers do about all this? They could give the IRS more resources to police the tax-exempt sector. They could proscribe how tax-exempt funds are used by, for instance, limiting the amount that goes to athletic department salaries. Or they could limit tax-exempt status to public charities only. But one thing is clear; The current model is not working.

European businesses are rethinking their plans for a ‘closed’ China
Ford’s supply chain problems include blue oval badges for F-Series pickups
Pairing up? Here’s how to know when it’s time to combine your finances
Garages Are Getting Fitness, Security, Comfort, Recreational And Luxury Upgrades
Mark Zuckerberg: The metaverse will unfold in 3 steps, and one is happening ‘sooner than I thought’