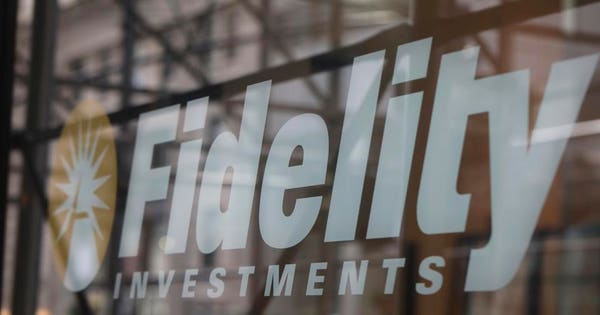 If Fidelity is confident all retirement plan fees it charges are properly characterized and disclosed, including a new controversial Infrastructure Fee, it should have no problem disclosing the underlying contractual agreements with mutual funds which provide details 401k investors and plan sponsors need to consider.

401k investors, as well as company sponsors, should be told of any payments related to their retirement savings—after all, it’s their money.

In March 2016, Fidelity sent an Annual Plan Sponsor Disclosure Statement to retirement plan sponsors  as required under Department of Labor regulation  408(b)(2) of the Employee Retirement Income Security Act of 1974 to assist plan administrators in meeting participant disclosure obligations.

The 408(b)(2) regulation also requires service providers to disclose changes to services and/or compensation on an ongoing basis. Fidelity stated that it complies with this requirement in a variety of ways including trust or service agreement amendments, letters of direction and other notices.

In a footnote to the Disclosure Statement under “Additional Information,” Fidelity stated:

“Beginning in April 2016, Fidelity may receive a fee from unaffiliated product providers to compensate Fidelity for maintaining the infrastructure to accommodate unaffiliated products. These fees are not in connection with Fidelity’s services to the plan and are not considered indirect compensation under the 408(b)(2) regulation.  The fee is a fixed amount that typically equates to less than 0.05% of a product provider’s assets in all retail, workplace, and intermediary channels maintained by Fidelity and does not vary based on a plan’s offering of an unaffiliated product supported by Fidelity.”

This mind-boggling footnote disclosure from Fidelity to 401k plan sponsors gives rise, in my mind, to the following questions which sponsors, as fiduciaries, are duty-bound to ask of Fidelity.

Second, since the fees are based, in part, on retirement plan assets, how is it that they are not considered paid “in connection with Fidelity’s services to the plans?”

Who says that these payments “are not considered indirect compensation” paid to a fiduciary under ERISA 408(b)(2)? The SEC, Department of Labor, the mutual funds, or Fidelity? Ask to see any related legal/regulatory opinion.

Are the Infrastructure Fees properly characterized as “fixed,” or can the fees vary based upon assets under management at the adviser? Call me crazy but if they can vary, then they’re not “fixed.”

Why is the actual dollar amount received by Fidelity, as 401k recordkeeper, from each particular mutual fund held in a plan not disclosed to the sponsor of that plan?

Is the new infrastructure fee 5 bps or, as reported in the Wall Street Journal, 15 bps of an adviser’s assets?

Does the Infrastructure Fee amount paid by a plan vary based upon a plan’s offering of unaffiliated product? In other words, if a plan offers more lower-cost, non-Fidelity funds, does it pay more (in dollar amounts) in infrastructure fees?

In my experience, when asked, financial intermediaries and mutual funds universally maintain (a) all retirement plan fees are properly disclosed; however, (b) the contractual agreements detailing the fees cannot be disclosed to sponsors or, God forbid, 401k investors.

In my opinion, this makes no sense. 401k investors, as well as company sponsors should be told of any payments related to their retirement savings—after all, it’s their money.

If Fidelity is confident that all retirement plan fees it charges are properly characterized and disclosed, including its new controversial Infrastructure Fee—and I have no reason to believe they are or aren’t—it should have no problem disclosing the underlying contractual agreements with mutual funds which provide details regarding the nature and amounts of any such fees 401k investors and plan sponsors need to consider.

FedEx’s bleak warning could reflect global economy − and company’s own shortcomings
Ask Larry: Should My Wife Take Early Retirement Now And Higher Spousal Benefits Later?
Long Covid Fools Us: Unemployment Could Be Much Higher Than Official Numbers Imply
Oil Plunges To Lowest Level Since January—Here’s Why Experts Say Low Prices Won’t Last
Here’s how many people will get student loan forgiveness in each state