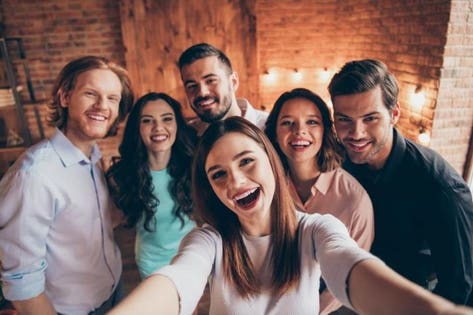 Generation Z has officially entered the work force.   Sixty-one million young Americans are graduating from college and starting their first jobs over the next few years.  As they make this leap to the adult world, gaining control over their personal finances moves to the forefront.

It has never been a better time to come of age and learn about finance. From podcasts to YouTube videos to InstaStories, this generation is surrounded by advice.  As a result, many of these early twentysomethings are funding their retirement accounts and enjoying the benefits of watching their money grow.

As they go through these rites of passages, Gen Z may also be doing their tax return on their own for the first time. For this self-confident generation, it will likely be an exercise they embrace.  In learning how the American tax system operates, they might be pleasantly surprised to discover that they can get a reward from the government for starting their retirement savings early, in the form of a tax credit.

What Is The Retirement Saver’s Credit

In 2002, when Gen Z was still in preschool, Congress added a unique credit to the tax code called the Retirement Saver’s Credit. This credit is available to certain income earners who fund either an IRA or an employer sponsored retirement plan, including 401(k)s or 403(b)s.  This was originally a temporary credit but in 2006, Congress made it permanent.  In order to take the credit, the taxpayer must file Form 8880.

A tax credit can be very powerful. They are often more beneficial than a deduction.  A credit is a dollar for dollar offset from your tax liability.

There are certain eligibility requirements for the Retirement Saver’s Credit. A taxpayer must be age 18 or older, not be a full-time student and not claimed as a dependent on another’s return.

When we apply these requirements to the just-entering-the-workforce Gen Zs, many of them are a perfect fit. Pew Research has officially designated the start of Gen Z as those born between 1997 and 2012.  This means those early Gen Zers are just a year or two into their working years, the time when they start filing their own returns rather than being claimed as dependents on their parents’ returns.

In addition to meeting the basic requirements, the taxpayer must be below the Adjusted Gross Income threshold. The credit is 50%, 20% or 10% of the IRA or retirement plan contributions up to $2,000, depending on Adjusted Gross Income (AGI) limits and filing status. (See Chart from www.irs.gov)

Since Gen Z is just starting out in the workforce, many of them are in the range of AGI needed to take this credit. Getting back money for making the financial sacrifice to fund a retirement account is a real incentive to young taxpayers.

If Jane were married, and her household joint income was below the threshold, both she and her spouse could both take the credit.

The credit can become part of a strategy for maximizing your retirement planning. Gen Zers should think of it as effectively a government match for their retirement plan, and they would be wise to take the funds from the credit and put it into a Roth IRA as a contribution.

Further, it isn’t too late to maximize this credit for 2018. Taxpayers have until April 15, 2019, to fund for the prior year and take the credit on their 2018 tax return.

Ultimately, the Retirement Saver’s Credit is a little hidden gem that can really help motivate the younger generation on their retirement savings. Many members of Gen Z may quickly exceed the AGI requirements, so as they start out on their path to financial success, now is the time for them to fund an account and maximize the credit.

Some millennials and Gen Zers are closing investing accounts over inflation. Here’s why that may lead to regrets
Lauren Taylor Wolfe says it’s just too risky for investors to ignore ESG amid recent pushback
Billionaire Lukas Walton’s family office accelerates impact-investing push
Everything parents need to know about student loan forgiveness
Check in, smoke up and tune out: Cannabis-friendly vacation rentals are catching on