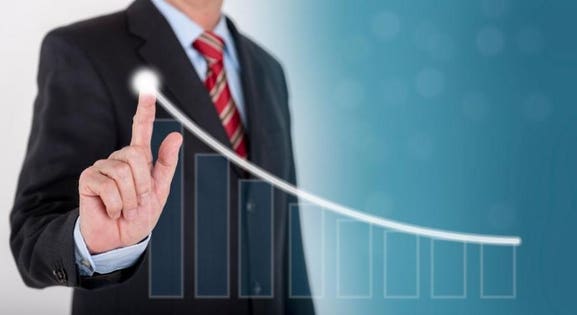 If you’re a hard-charging executive at or near the peak of your career it’s time to start thinking seriously about your next one. Because your life doesn’t end when you step aside. And if you want to be happy for years to come the time to start planning is now.

I realize you probably haven’t accomplished everything you hope to accomplish in your current career. So you might be thinking: Isn’t this a bit premature?

I don’t think so. Today, not five to 10 years from now, when retirement looms ahead, is when you need to start analyzing your options—throwing things against the wall and seeing what sticks, if you will—discussing them with friends and family, and determining what “My Life 2.0” might look like. Planning and testing now are not treachery against your current employer; they are just common sense.

Most people wait too long. As a result, there are large communities of executive has-beens all around the country who are suffering from former leader syndrome. They don’t know what to do with themselves. These are highly accomplished individuals who “useta be … somebody,” as the former British journalist Lucy Kellaway has written. I “useta be” a VP of marketing or I “useta be” director of a business unit at such and such company, for example.  I A friend of mine called them PIPs–Previously Important People.

Not everyone is unprepared for what follows a successful, demanding career. After decades in journalism, Kellaway traded in her keyboard for a blackboard, becoming a math teacher and establishing an educational nonprofit. There are also stories of CEOs like media mogul Michael Bloomberg who at age 59 stepped away from the company he founded to become Hizzoner, Mayor of New York. Baker Mitchell, an electrical engineer, former head of the bioengineering section at the M.D. Anderson Cancer Center, and later a successful entrepreneur, established a group of charter schools.

CEOs, thanks to their money and the prestigious positions they hold, may fail to plan for the post-CEO “afterlife” and fall down the “elevator shaft” upon retiring, but most eventually land on their feet, with corporate and nonprofit board positions, speaking engagements, adjunct teaching positions, and other high-profile appointments awaiting them.

For most other senior managers, however, such options typically don’t exist. They’re on their own.

Starting early is not enough. The planning needs to be rigorous. One of the great tragedies of modern life is that many successful individuals—corporate and nonprofit executives and leaders of other institutions—spend their entire careers taking care of their businesses, but not themselves. As Craig Perrett, founder of act3planning, explains: “You wouldn’t run your business without a plan. Yet, very few executives think about their professional and personal life in this way.” That’s why leaders at every level and at every type of organization need second-career plans.

You also need to wrap your head around the myth that your current high-level position is as good as it will ever get. Confronting the fear of failing at something new also is essential. Fear of failing is rarely a characteristic associated with successful leaders; but what made them successful in the past may not be the same skills needed moving forward.

Ultimately, forget about what motivates you now—professional success, financial rewards, recognition from your peers, prestige, the sense of being in control—and focus instead on what your heart tells you. What’s your passion? What do you really care about? Build your next career around that.

Creating a new you is hard work. You may find—as I did—that it’s harder in some respects than building your earlier success. Because I’ve always thought of myself as a life-long learner, I wanted to add university teaching to my portfolio before retiring from my current career. Even with my executive-level experience and niche areas of expertise, I never anticipated that there would be so many twists and turns to make it happen. I’m glad I started the process very early.

Don’t wait. Start now, before retirement is right around the corner.  If you do, you’ll hit the ground running rather than falling down that elevator shaft.

Hedge funds ramp up market bets as volatility brings the asset class back into favor
Benchmark bond yields are ‘bad news’ for investors as the Fed hikes rates by 0.75%. What it means for your portfolio
Today Is World Alzheimer’s Day: What Does That Mean For You?
Garages Are Getting Fitness, Security, Comfort, Recreational And Luxury Upgrades
Stocks making the biggest moves midday: FedEx, Boeing, Ally, Domino’s and more