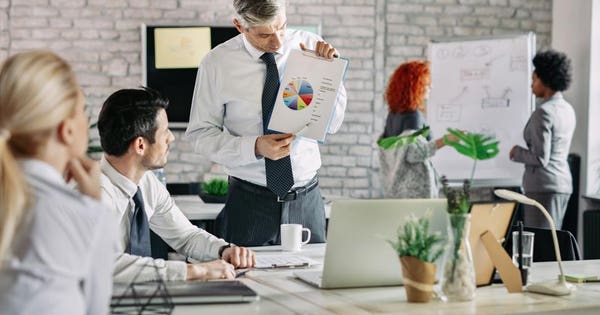 A “Small Business” can be identified as a being a privately-owned corporation, partnership, or sole proprietor that have fewer staff and less annual revenue than a regular-sized corporation. The European Union (EU) defines a small business as one with under 50 employees.

Small business or as they are sometimes known, small and medium-sized enterprises (SME’s) contribute 47% of revenue to the U.K. economy. They have a key role in boosting productivity but need support to expand activities and increase their economic impact.

The SME’s of the U.K. have been squeezed today as new costs and tax reporting requirements kick in. No wonder, April 1st has been dubbed “Blue Monday”.

There are some beneficial changes such as reductions in business rates, worth about £500m ($650m), however, these appear to be outweighed by other changes that introduce additional costs.

For example, there are new rules and regulations for accounting introduced by Her Majesty’s Revenue and Customs (HMRC), under the “Make Tax Digital” (MTD) programme and               auto-enrolment pension costs.

The Federation of Small Businesses (FSB) is a UK business organisation representing small and medium-sized businesses. With regard these changes it said

“…This truly is blue Monday for small business owners, and it comes at a time when confidence is already low…”

In the Autumn Budget of 2018, the U.K. government announced a business rates discount scheme for small-sized High Street properties in England which have a rateable value below £51,000. This means that small firms will receive a one-third discount on their rates bills from today for the next two years.

What does that mean in real money, not political hyperbole?  The property services and software company, Altus Group estimates that the average shop will see savings of £3,292 ($4,280) in their business rates bills for 2019/20, while the average public house will benefit by £6,052 ($7,867).

Restaurants will fair even better with a reduction of £7,212 ($9,375) given the new retail discount. This has had an impact on local authority budgets as councils in England have had to set aside £502 Million ($653 Million) in this financial year simply to cover the shortfall.

Of course, it is a rare day when the government only gives money away. This I should add, is not one of them. Local authorities in England are set to receive £25 Billion (£32.5 Billion) in business rates overall during 2019-20. That marks an increase of £206m.

“…Business rates is an unfair, regressive tax that hits small firms before they’ve made their first pound in turnover, let alone profit. The help won from government to support those hurt most by the 2017 revaluation is now falling away, leaving many small businesses with a 20% hike to their bills, plus an inflation-linked increase. …”

The FSB also were at pains to point out that over two million small businesses are going suffer because of the new reporting requirements due to HMRC’s MTD programme. The cost of new software to meet MTD obligations was set to cost small firms £564 ($733) each on average. This is a figure that HMRC dispute as they say only 1.2 million businesses will be affected and they will have to pay less than FSB have suggested.

“…The official impact assessment estimated that the average cost to transition will be £109 ($142) and then £31 ($40.3) per year on average, but some providers are offering free software. …”

HMRC can claim they are justified in their argument especially as the costs proposed by FSB are based on the upfront cost now. There is no consideration of the wider benefits that businesses will enjoy through improved record keeping, better business management and a streamlined, digital experience.

Also, to counter those that say the benefits accrue in the future, but SME’s face the costs now, one should recognise that most businesses will be able to claim their software costs against their tax liabilities. Wonderful, but it does not obviate the impact of having to pay for the software immediately.

Taxation is one thing; another cost factor is over a million smaller employers must deal with a further increase in auto-enrolment pension contributions to 3% from Saturday.

“…Though small business owners are absolutely committed to helping employees save,      auto-enrolment has already cost them significant amounts of time and money. When the 3% rate hits, the costs will be greater still….”

From the employers perspective what is required is for government to freeze any further increases to the minimum auto-enrolment contribution rate for employers, especially whilst there is so much Brexit uncertainty. This is a critical gesture as the government will surely be aware that in 2018 there was a decline in the size of the small business sector for the first time since 2010 in the aftermath of the global financial crisis of 2007-2009.

If this current Conservative government can survive the Brexit debacle and wants to reverse the recent poll gains made by Labour, it must put a brake on the small business squeeze. At a time when smaller companies can be dictated to be larger operators as to what and when they will pay, the Conservative party must support the cash flow of smaller players.

Cash is King is a statement that is true every single day for a small operator. Without liquidity they can go under very quickly. The Conservatives must prove once again that they are champions for free enterprise. After all, that is were real and lasting wealth is created ; it begins and ends with the smaller operator.

Home Values Decline For Second Month In A Row As Competition Eases
Long Covid Fools Us: Unemployment Could Be Much Higher Than Official Numbers Imply
Stocks making the biggest moves midday: Change Healthcare, Ford, PayPal, Humana and more
Stocks making the biggest moves in the premarket: AutoZone, Take-Two Interactive, bluebird bio and more
Robinhood jumps after report that SEC will not ban payment for order flow