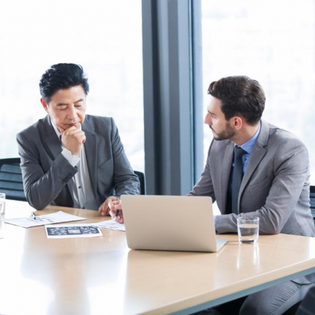 I was recently asked by a friend to review a private real estate transaction that he was considering investing in. On the surface, the deal sounded interesting — coastal apartments, new construction, solid job base and the promise of exceptional investment returns. Yet without getting into the merits of the building’s location or even the physical real estate itself, the financial structure alone was enough to reject the deal. There was a complete disconnect in the deal between the risk taken by the investor and the outsize return the sponsor (the investment company sponsoring the transaction) was set to make. In that deal, the alignment of interests between the investor and the sponsor were completely out of balance. Because it seemed like the sponsor was trying to take advantage of the investor, it’s difficult to fully trust his intentions.

If you’re considering an investment in a real estate partnership, you should ask yourself two questions before digging into the actual real estate:

2. Are his interests aligned with mine?

In transactions that aren’t publicly traded and don’t have any liquidity, the investor relies solely on the sponsor’s character and ability to execute. Most aren’t name-brand operators, like Blackstone or Starwood, and the deal will succeed or fail because of a small group of people — or even a single individual.

The best way to gain trust in a sponsor is to seek references from current and past investors. Don’t be shy about asking to speak to investors who have been with the sponsor from day one, or even those who only invested in a single deal. If the sponsor refuses to provide the references, it’s time to walk away. Transparency is the key attribute of a trustworthy sponsor and if there’s nothing to hide, you’ll feel better knowing that they’ll have your best interests in mind as an investor.

Assuming you trust the sponsor and are starting to review the actual real estate transaction, the next step is to understand the deal economics and to see how money is split between the investor and sponsor. Sponsors can do a lot of work, especially if there’s a significant value-add renovation component. They should be compensated for that in the form of carried interest. Carried interest is when a sponsor receives a disproportionate share of the property cash flow (usually at sale) — after the investor receives a pre-established return on their investment (preferred return) and receives their initial investment back. Once an investor has received their baseline return and all parties deem the investment to be a success, then the sponsor shares disproportionately in the upside. This is a positive alignment of interests: The sponsor doesn’t get paid until their investors make money.

Some sponsors take advantage of this general structure by making a few changes. First, some might try to “share” in the cash flow of the property from inception, regardless of the investment’s success. Ask yourself, why should the sponsor receive a larger percentage than you before anything has been proven out? The interests of the investor and the sponsor aren’t aligned in this scenario. Nor are they if the sponsor attempts to take a significant percentage of the upside on a deal with little risk. The size of the carried interest should mirror the risk taken in the deal. If there’s more execution risk for the sponsor to provide a high return, then he should receive a higher carried interest. If there’s less risk and the property was bought for cash-generating purposes and it won’t undergo significant change, the carried interest (and preferred return) will be lower.

Lastly, it’s important for the sponsor to have “skin in the game.” He should be investing his own capital in the deal so that he has money at risk, too. And, that money shouldn’t come entirely from the upfront fees he’s charging on the deal. If that’s the case, the investor is subsidizing the sponsor’s investment and giving him a free equity stake. Aside from trust, there’s no bigger concern in real estate deals than the alignment of interests.

The deal that I evaluated for my friend had numerous red flags regarding alignment of interests that it wasn’t even worth trying to understand the actual real estate investment. When a sponsor charges every fee possible to the investor (acquisition fee, asset management fee, financing fee, disposition fee, etc.) and wants to share disproportionately in the operating cash flow before the investment is a success and then takes a level of carried interest not commensurate with the risk in the deal, it’s time to move on.

Figuring out the market rate for fees and deal structure is easy today. Name-brand, non-traded REITs and even crowdfunding sites are great resources for information on fees and structure. Even if you’re not an expert in real estate, everybody can vet the character of the deal’s sponsor and determine if their interests are aligned.