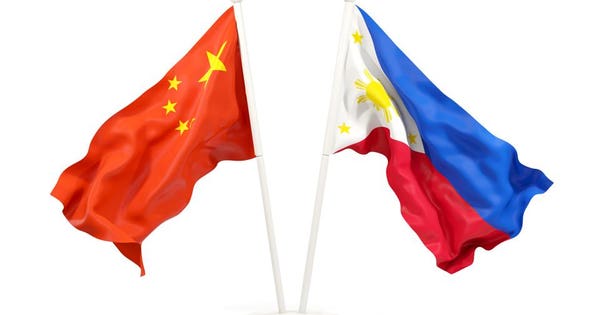 Filipinos are happier than Chinese. That’s according to the recently published 2019 World Happiness Report, which ranks Philippines in the 69th position, and China in the 93trd position.

Philippines’s climb in the happiness rankings is consistent with a Gallup survey, which finds an increase in the percentage of Filipinos who consider their life positive enough to rate it as “thriving” in recent years.

Specifically, 28% of Filipinos consider themselves thriving in 2017 compared to 26% in 2016, pushing the Philippines up one notch in the ranking of the Asian-Pacific countries, as was discussed in a previous piece here.

Philippines’ big edge in the happiness ranking over China may come as a surprise to some emerging market observers. China is the world’s second largest economy, with a per capita GDP close to four times that of the Philippines; and a major investor in the Philippines infrastructure projects.

Equity markets of the two countries do not seem to have taken notice, trading on economic rather than happiness fundamentals.

“The happiness levels of both Filipinos and Chinese have been rising in recent years, but Filipinos have made larger gains—particularly in the past two years,” says McCaffrey. “This appears to be driven at least in part by an improvement in the quality of government services delivery and Filipinos’ healthy life expectancy. And, overall, the Philippines scores much higher than China on the social support measure of national happiness.”

There’s one more area where the Philippines ranks higher than China, “Adventure,” as described in  the 2018 U.S. News & World Report, applies nine criteria to come up with its list of the 80 Best Counties.

“Adventure,” includes such characterizations as “friendly, fun, pleasant climate, and scenic beauty,” which relate to the feelings of happiness.

Apparently, today’s Philippines has maintained something from the glory days of the 1960s, though it has been bypassed in per capita GDP by China.

Oil Plunges To Lowest Level Since January—Here’s Why Experts Say Low Prices Won’t Last
Bed Bath & Beyond is closing about 150 stores. Here’s a map of ones on the list so far
As 30-year mortgage rates hit 6.7%, homebuyers are facing ‘payment shock.’ Here are ways to save
Boeing to pay $200 million to settle charges over misleading investors after 737 Max crashes
Hedge funds ramp up market bets as volatility brings the asset class back into favor