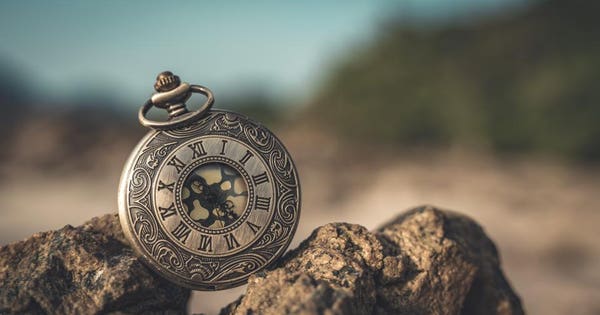 Benny retired last week. There was a small party for him in the IT department, and everyone chipped in to get him an Apple Watch, the obligatory successor to the Gold Watch of yore. A couple of decades ago, he and his wife would go off on vacation, doing the travel thing for a bit before getting tired of stale camper funk and the Denny’s Over 55 Special Menu, though today, weak retirement portfolios and stealthy consumer inflation make it likely that they will not spend all that much time on vacation before dealing with the question of “what’s next”.

At the same time, the managers at Benny’s company go blithely on, not realizing that with his retirement, the company has lost a key part of its institutional knowledge. Benny, you see, was a senior project manager, a programmer who had seen generations of snot-nosed kids come and go and had gone about as high in the organization as he could in a technical track. He knew the passwords to the ancient machines that still run the accounting department. He knew where the manuals were (in the basement, in a seldom accessed physical library in the right-hand corner) for that PDP 11 that he’d been warning senior management for years was getting too obsolete to maintain. He knew why the last projects failed, and where the source code was.

In the TLA vernacular of the corporate world, Benny was a SME — a subject matter expert. It’s a damning-with-faint-praise title, especially in a culture where sales numbers, not in-depth knowledge, determine one’s perceived worth to the company. All organizations have them — Janice, in accounting, who has a near photograph memory of all of the K-1 tax forms going back fifty years (and why there were those troubles in 2008), Marlene in HR, whom you never cross if you ever want to be paid again, Ken, in production, who can tell you why you use one and only one brand of polymer for creating exhaust fan blades (and how this relates to fecal matter).

These are the people whose retirement or death rates very seldom rate attention in the Wall Street Journal, yet the information that they carry in their heads could make a difference of tens of millions of dollars when that information is no longer accessible to the company. Typically, the loss of this institutional knowledge is staunched somewhat as people train up their replacements, but in the global business economy, two factors, one having to do with demographics, the other to do with labor practices, are coming together to create a crisis.

The Demographic time bomb has its foundations in the Baby Boom era of 1954. I’ve made the argument before (here) that I believe we count generations incorrectly, where we should be going from the inflection points of birth rate or family size (which are highly correlated) rather than midpoints. However, regardless of that, 1954 was notable for being the point where family size peaked at around 4.3 children per family in the US (as compared to lows in 1936, 1974 and 2018 of about 1.7 kids).

The period from 1936 to 1974 was, in hindsight, a logistics curve. Demographically, there’s a concept called a replacement rate where a population has just enough children to replace itself, and which has the value of 2.1 children (the additional tenth of a kid accounts for losses due to early mortality) This means that in 1936, the population in the US, exclusive of immigration, was actually shrinking. Twenty years later, the population was doubling over the course of a generation. The population increase slowed just as rapidly, but the rise was so dramatic that the momentum will carry over to about 2050, at which point the US population even with immigration will begin dropping (there are offsets, though one of the biggest, life expectancy, has now begun declining even with advances in technology.

That 1954 date impacts the US now because 65 years later, in 2019, half of all baby boomers left will have retired. This means that there will be a run on Apple Watches in the very near term future. Or, put another way, a huge amount of institutional knowledge is about to walk out the door in the next decade.

What makes this worse is that companies have generally been pretty diligent about ensuring that senior level management information is kept around. This is one of the key pillars of succession management, in fact — making sure that someone younger DOES know where the bodies are buried. However, as mentioned earlier, SMEs do not necessarily show up on the organizational disaster charts.

A disproportionate number of senior managers in corporations are baby boomers born before 1954. As business expanded, they were typically the first one to fill management positions, and as a consequence, the ones most likely to make (and stay in) senior management positions. Those born after 1954 basically were the ones that had to make do with secondary tracks — finance, technology, marketing, manufacturing, that usually topped out at the director position if they were lucky. When companies went through the inevitable downsizing, these were the people who were let go, and because they tended to be more specialized, they often left the corporate world altogether.

This means that ironically they were also more likely to have a broader breadth of experience than senior management, but also became stratified into a second tier rung. Some went off to join new companies, but even there their age actually worked against them — they found themselves competing with younger (and cheaper) talent, and as such usually ended up ghettoed in limbo between the up and coming ranks of GenXers and the rarified heights of Baby Boom central. This means that the people who generally have the most knowledge about how organizations work will begin to disappear disproportionately from those organizations this year.

Outsourcing and the Journeyman Gap

By the late 1980s, computer, telephone and networking technologies made it possible for a new term to enter the business lexicon: outsourcing. IT workers were expensive, but a smart manager could use currency rate arbitrage to get far cheaper workers elsewhere. Call centers became the first laboratories, especially as global phone rates collapsed, and they were so successful that soon India’s economy was booming, even as older IT workers in the US began to see their jobs outsourced to India, which in turn opened up the reciprocal process of importing Indian workers in the US.

The intermediate term benefits for Indian workers were great for those senior enough to rate long term immigration visas, but also created a secondary chasm where junior developers eventually headed back home, where they went into both IT and recruiting into the US market, along with others in the Middle East.

This wave, too, has largely crested; automation has reached a point where it’s eliminating many of the low-end positions, while at the upper end, those Indians in particular that did not choose to seek US citizenship are now moving back to India. By happenstance, that phenomenon hit most strongly those people in the US that were born between about 1960 and 1980, meaning that a gap is now opening up in the ranks of technical SMEs at about the same time that the slightly older Boomers are also now retiring.

I dub this the journeyman gap. In Medieval times (and in some trades even now), the journeyman label applied primarily to tradesmen that had passed an apprenticeship and often had a fairly considerable knowledge base but usually lacked the tools and facilities to fully run their own businesses. Instead, they would often go to work for master tradesman for a small share of the till, and who would then inherit the master’s tools when they retired.

In a large IT organization today, these would be the project managers, scrum masters and architects, shading into program managers. In research organizations, they would be considered adjunct and assistant professors, elsewhere they were usually given titles such as Senior this or Principal that. Put another way, they were SMEs.

The ads out there that describe looking for people with ten years experience in five obscure technical languages, usually with a smattering of leadership responsibilities and similar skills? Yep, another SME just got her wings and now the organization is frantically looking for a replacement.

The investment in outsourcing (which saved so much money up front in labor costs) is now biting organizations big time as the gap widens into a yawning gulf, since, because of the nature of business cycles and layoffs, this has meant that there is now no one to act as a trainer or mentor to all of the young apprentice programmers, analysts or accountants. This has become a double whammy, as the current administration has put the brakes on immigration, depriving many companies that have become dependent upon (somewhat less expensive) H1B labor on the oxygen that they need to survive — young programmers, analysts and researchers willing to work sixty hours a week on minimal salaries.

Ironically, the younger Millennial and oldest GenZ workforce know the score — they saw how their parents were seduced by the dream of working for big corporations, only to watch as they got laid off over and over again. This is, in turn, fueling the weird labor shortage that exists right now. They are steering clear of large corporations in favor of young, hip startups where the wages may suck, but where the chance of a bigger share of eventual ownership is higher.

Since startups employment statistics tend to be undersampled, it is very likely that the demand side is higher now with larger companies, pushing up the employment numbers to nosebleed levels that are actually not reflective of how well the total economy is doing, particular with metrics such as M6, which reflects employment as a binary, not indicating actual pay or number of hours worked. (This is worth an article of its own, to come.)

Preparing for the SME Collapse

Shifting focus back to those corporations watching their SMEs retire or fade away, there are a few things that can be done to help:

Most of these should be fairly obvious, but the key here is that most organizations today do NOT do this except for senior management. This is usually a mistake — senior managers typically do not act as repositories for corporate or specialized knowledge.

Recently in the news, the CEO of a crypto-fund died, taking with him the location of the keys that would unlock several hundreds of millions of dollars worth of crypto-currency.

The problem with specialized knowledge is that, unless it is otherwise known, it is almost impossible to estimate what is significant and what is not. At the best of times, this should be a concern to a company, but because of the confluence of demographics and outsourcing, the potential is higher now than at any time in the past for such knowledge to become irretrievably lost. It is worth reiterating that if information does not exist in electronic form by now, it is very likely already lost (there is a certain flip-side to this, about archiving of information, but that will wait for another post).