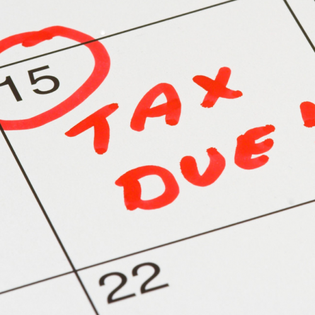 With just under a week to go until the first personal income tax filing deadline under the Tax Cuts and Jobs Act (TCJA), many accountants and tax professionals are still wrestling with last-minute changes to the tax code that have made this one of the most challenging tax years on record.

With the tax filing deadline in the U.S. approaching, accountants are still wrestling with some key points.

Although the new tax law was ballyhooed as a simplification of the tax code, it actually represented the most complex change in U.S. tax law in the last 30 years. All told, the TCJA introduced approximately 500 changes to the Internal Revenue Code, including many brand new and highly complex provisions. And that’s just at the federal level. These changes created a ripple effect at the local level that resulted in thousands more changes, many of which are still being made in the final run-up to Tax Day.

This is the part that few people are talking about, but that’s created some very real challenges for tax professionals. From the mainstream consumer perspective, tax pros should have had plenty of time to prepare for this. The president signed the TCJA into law on December 22, 2017, ostensibly giving all of us over a year to get our houses in order for the 2018 tax year. But that’s not quite how things work in the world of tax.

Before any accountants and tax professionals could really start preparing, and before tax software companies – like ours – could begin updating the programs they use to project the impact of the new law on their clients’ taxes, the IRS and state and local tax authorities needed to release all of their new forms and official interpretations of the new law. The IRS did not release the bulk of this information until the fourth quarter of 2018.

Only then could state and local authorities pass their own legislation to get their tax laws to either conform with the federal law or proceed as “nonconforming” with the TCJA. Many states are still deciding how to proceed, and many others have changed interpretations multiple times. Others may still pass retroactive legislation later this year that will require tax payers to file amended state returns later in the year.

To put this in perspective, one of my company’s tax software products creates tax returns for 304 different federal, state, and local jurisdictions and filing types. Typically, during a normal year, we’ll need to make updates to 15-30% of these returns due to incremental tax law changes, expirations of incentives, and other routine maintenance. So far this year, 85% of those forms changed, with over half of them requiring major overhauls.

In practical terms, that means that all the muscle memory tax professionals have accumulated over years of preparing tax returns in a particular jurisdiction needed to be recalibrated for a range of new laws and interpretations. It also meant that even the best-intentioned early birds among us had to wait for interpretations and forms, some of which still haven’t come.

And that’s just on the technical, tax compliance side of the equation. The TCJA also ushered in a host of new tax provisions that – even with the appropriate forms and IRS guidance – still caused seasoned tax professionals to scratch their heads when it came time to apply them in the real world.

Michael A. Sonneblick, an editor with the Thomson Reuters Tax Products group, conducted an informal analysis to determine which provisions of the TCJA were sparking the most uncertainty and confusion among tax professionals by querying our database to find out where the greatest number of searches and information requests were concentrated.

He found that five new tax provisions in particular have been keeping tax pros and accountants up at night. Among them, the Qualified Business Income Deduction, the rule on 100% depreciation on qualified property, treatment of qualified opportunity funds, new like-kind exchange rules, and nondeducibility of entertainment expenses, have created the most confusion.

This last one has been causing some headline-making headaches for the Boston Bruins, who fought the IRS – and won – over the ability to deduct the cost of pre-game meals for their away-games.

What the whole experience has proven, once again, is that even in a discipline that is immortalized forever as one of the two certainties we can expect in life, there are very few absolutes in the world of tax. It is an art and a science and – this year in particular – the alchemists responsible for hitting the Tax Day deadline have certainly worked overtime to prove their mettle.

While tax pros have indeed earned a reprieve, they shouldn’t relax for too long, though. The House Ways and Means Committee is still working through a list of 29 tax provisions that expired in 2017 and 2018, for which it is unclear whether Congress will vote to extend. If they do, the IRS will need to revise its tax forms, tax software providers will need to update their software, and tax pros will need to file amended returns.

And the beat goes on.

Boeing to pay $200 million to settle charges over misleading investors after 737 Max crashes
Johnny Cash Fan Buys The Singer’s Home For More Than The List Price
How Health Care Costs Eat Into The Incomes Of Older Adults
Celsius has a Hail Mary bankruptcy plan: Turn its debt into a new cryptocurrency
Stocks making the biggest moves midday: Lennar, Coinbase, Array Technologies and more