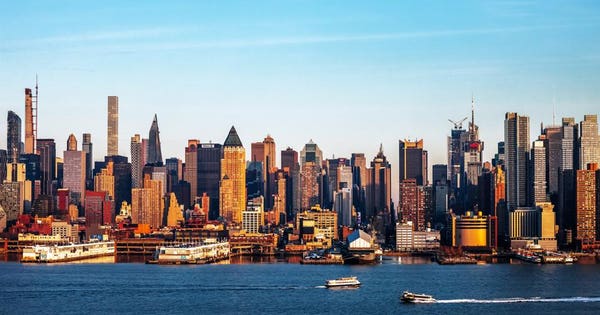 New Yorkers need to earn $85,027 per year to spend less than 30% of their income on rent for a median-priced one-bedroom, Apartment List found.

If you’ve aged out of your 20s but are still living with roommates in New York (or one of the country’s other most expensive cities), it’s OK to cut yourself some slack about it.

Since spending 30% or less of your annual income on rent is the standard recommendation, those earning $59,631, the estimated median for households in New York City based on the 2017 census, would not be able to afford a median-priced apartment, according to a new report from Apartment List.

From another perspective, the hourly pay needed to float a median-priced one-bedroom in New York is $41, Apartment List found. The city’s minimum wage is $15 for businesses with 11 or more employees and $13.50 for those with fewer.

The outlook isn’t much better for other U.S. cities, the site found.

The outlook isn’t better in other metro areas surveyed by the site, including its hometown of San Francisco, where the annual income needed for the median price of a two-bedroom, $3,096, is $123,440. The estimated median salary in the northern California city is $99,345.

However, the report’s authors said they were most surprised by how expensive it is to live in Newark, where the estimated annual salary is $35,940. Renters in the New Jersey city need an annual income of $42,787 to afford a median-priced studio for $1,070 per month and $57,200 for a median two-bedroom for $1,415.

“Some people think it’s not acceptable to have roommates in your 30s or 40s or when you’re married, but in reality it’s becoming so much more common,” Apartment List chief economist Igor Popov said. “With these rents, no one should feel bad about it. It’s just the way the economy is.”

There are several factors contributing to what some are referring to as a rent crisis in New York, among them being a lack of inventory in the lower-end of the market, which is exacerbated by the demand for it.

New Yorkers opting out of home-ownership puts even more pressure on the rental market. The Apartment List report was released just weeks after another from StreetEasy, which found that New Yorkers earning the median income would need 18 years to save for a down-payment on a median-priced home.

Beyond Meat suspends operating chief after arrest for allegedly biting man’s nose
Are America’s Downtowns Coming Back?
Home Sales Fall For The Seventh Straight Month In August
Fed Hikes Rates By 75 Basis Points—Here’s Why It’s Not All Doom And Gloom For Investors
Bed Bath & Beyond’s merchandise problems will make it hard to pull off a turnaround this holiday season