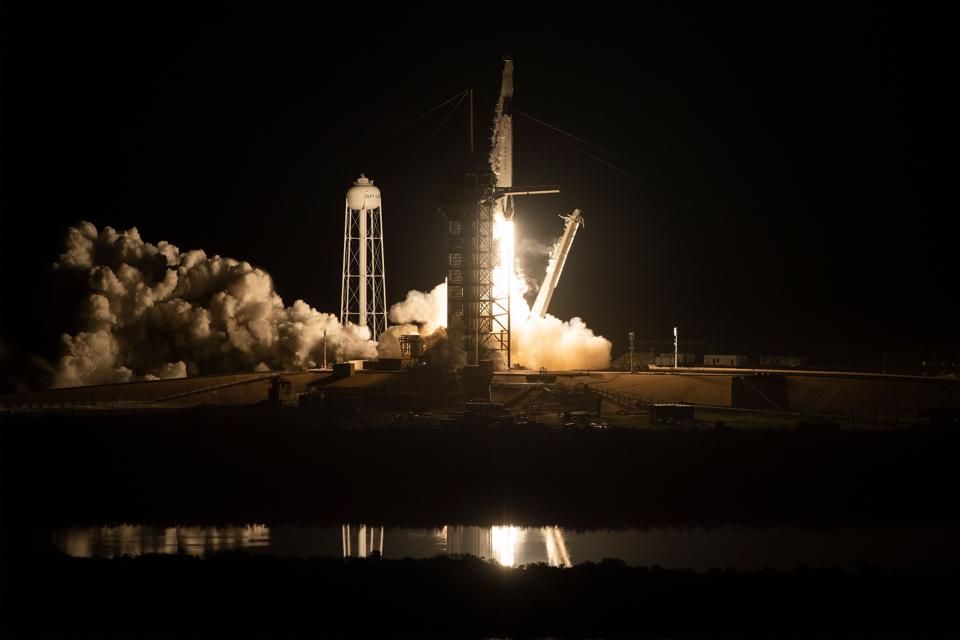 Diversified index funds? Yesterday’s story. Sector funds? Fidelity has had those since 1981. The new, new thing is theme funds.

Latest offerings of this sort: an ETF with DNA-related stocks from Global X (ticker: GNOM) and an outer-space portfolio (UFO) from ETF upstart ProcureAM.

It’s the marriage of investors desperate to beat the averages and vendors desperate to earn better fees. Plain old ETFs that track the whole stock market can be had for 3 basis points, or $3 a year per $10,000 invested. Specialized ETFs typically hit up investors for fees 15 to 25 times as high.

A thematic ETF is usually constructed from an index, in the sense that its portfolio rigidly tracks a predetermined basket of stocks, but the index in question is typically custom-designed for the benefit of the product vendor that came up with the theme.

What makes a theme worthy? Jay Jacobs, research director at Global X, lists three criteria: a “disruptive” technology or service, a collection of suitable publicly traded targets and a reasonable hope that the theme will endure in the economy for decades.

Andrew Chanin, chief executive of ProcureAM, adds a fourth rule: The theme should give rise to a portfolio that veers far off the beaten path. Investors aren’t going to pay 75 basis points for something that behaves like the S&P 500.

Presumably UFO, which opens for trading on April 11, will be no closet S&P fund. Holdings include Iridium Communications, Sirius XM, Garmin, Raytheon and some European outfits. When Elon Musk offers shares in a company running flights to Mars, the portfolio will be updated.

At 11 years of age, Global X is middle-aged in the fast-moving ETF industry. The New York City firm has attracted $8 billion of customer assets in the U.S. and was recently sold to a Korean financial conglomerate that has operations in 14 countries.

ProcureAM is a baby and Chanin something of a fund wunderkind. He was just 29 when, in 2014, he launched an ETF devoted to cybersecurity stocks like Symantec. The fund quickly zoomed past $1 billion in assets and he was on his way to making a fortune. Then the contractor that handled the fund’s back office work yanked control away from Chanin and the people financing him. The resulting ugly dispute is now in court.

For his new venture Chanin brought in as cofounder and mentor Robert Tull, 66, a colorful veteran of Wall Street whose career began in 1979 with the assignment to handle one of the Hunt brothers’ more outlandish trades; he ended up arranging for armored cars to schlep hundreds of tons of silver across the country. Not long after that escapade Tull was at Morgan, Stanley helping to create investment pools that were the forerunners of ETFs; he has since been involved, as consultant or executive, in the launch of hundreds of ETFs.

Chanin is the majority shareholder in the Levittown, Pennsylvania holding company for ProcureAM. Behind the scenes, according to securities filings, is Adrienne Chanin, who has experience in finance and some capital to invest. She is Andrew’s mother.

If Chanin scores a hit, as he did with cyber stocks, he can pursue his ambition to expand (via Procure on its own or with partners) into a wide suite of funds that give investors access to hard assets, alternative investments and actively managed portfolios. An ETF needs perhaps $40 million in assets to cover its overhead; if it never clears that bar it is at risk of being liquidated, as has happened to at least 850 exchange-traded funds and exchange-traded notes.

What’s in it for investors? The hope of picking some futuristic theme that outperforms the market. You can get lucky. Over the past three years that cyber fund (ticker: HACK) has averaged an annual return of 21%, per Morningstar, half again the return on the S&P 500. The newer Global X Millennials Thematic ETF (MILN), whose stocks include PayPal, Amazon and Twitter, has gained 22% over the past year, double the market’s return.

What would John Bogle say if he were alive? He’d tell you to quit dreaming of beating the market. Buy the 3-basis-point fund.

Benchmark bond yields are ‘bad news’ for investors as the Fed hikes rates by 0.75%. What it means for your portfolio
Stocks making the biggest moves premarket: FedEx, Costco, Boeing and more
Crypto Real Estate Sales Are Officially Here, But Will They Last?
Beyond Meat suspends operating chief after arrest for allegedly biting man’s nose
Ford’s supply chain problems include blue oval badges for F-Series pickups