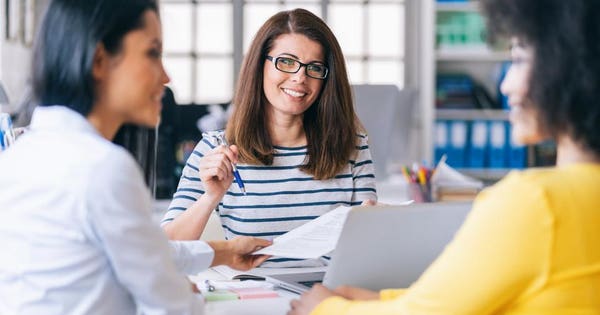 A couple of months ago, I kicked off the #StartupLife series for this column. In order to gather responses for it, I reached out to my LinkedIn contacts asking all PropTech founders that saw my post to answer a few questions that then fed into the series. When I was compiling the answers for the first article, I noticed something shocking. Out of nearly 70 respondents to the survey, only 4 were women. I was curious to see if this reflected reality, and went back to the LinkedIn community to ask another question: how many female founders are there in the PropTech and ConTech space? Turns out, there are many successful women making waves in the space globally, in areas as diverse as advanced construction robotics, data analytics, investments, smart buildings and more. In future articles, I will run features on some of these women and their game-changing startups, but first I want to address something else. Can it be true that only 10% of PropTech founders are women? And if this is the case, should we be worried?

There is no readily available statistical data on the percentage of female founders in PropTech. I did some digging and found anecdotal information placing the female founder share of the industry somewhere between five and 20%, which makes the number that I got in my accidental survey about right. The share of women in real estate is around 15%, so the figures seem to add up. It is worth noting, however, that the data on real estate encompasses the entire industry, and that in the younger age groups the split is closer to even. For example, YEP Global, a networking group for young leaders across real estate whose board I sit on, has a 50/50 split in its membership. Perhaps women are just more sociable and feel they need to do more networking to secure their place in the real estate ecosystem, but I also believe the gender gap is slowly starting to close.

Proptech, on the other hand, is predominately made up of people in their twenties and thirties, so why aren’t there more women in this category? Most likely because it sits at the intersection of real estate, which “boasts” the statistics we discussed above, and tech, a sector that has a notoriously tiny female population. However, there are darker factors at play as well. A couple of months ago, a report by the British Business Bank revealed that female founders get 157 times less funding than men. Behind this alarming headline sits an entire culture. This is not just down to there simply being less female-run businesses out there. In fact, the research also showed that start-ups with even one woman on the founding team are less likely to get funding than those run by men. Further, all-female teams are less likely to receive a “warm” introduction to a VC (an introduction from someone in their network) and therefore have a lower probability of receiving funding.

It is clear that we have a problem. I’ve always said that I’m not the biggest fan of affirmative action to solve such issues, as this is likely to foster other kinds of discrimination, and the goal should instead be to eliminate discrimination altogether. Though there may be a variety of reasons for women not to engage with a particular industry, there aren’t enough female founders out there (in PropTech or otherwise) because they aren’t getting the money they need to launch their businesses.

I reached out to members of the newly minted Women in PropTech group (WiPT), which launched in New York in late 2018 and will kick off its London chapter this May, to hear their thoughts on the matter. This is what some of them had to say.

Heather Staff, Director at AgentSoftware told me that she used to work in consultancy prior to moving into PropTech, and felt the lack of diversity more acutely there than in this industry. Staff said, “I feel PropTech as an industry is more ’embryonic’ and so there are fewer preconceived ideas, stereotypes, and expectations of women as a category of people within it, which has been quite refreshing.” Her main gripe is the dearth of female developers, which she believes to be an educational issue: she thinks the problem starts at school and more needs to be done to change the image of what a programmer looks likes and does across the UK.

Claire Owen, Founder at Loop Software, seconds her. Owen, a former estate agent, struggled to find female developers for her PropTech startup. She told me, “I found this remarkably disheartening as my perception of the tech industry was a much more balanced one, so I do think we have a lot of work to do to remedy this. For a start, young girls should be encouraged to code and to create. It’s an incredibly creative industry which requires logic and imagination, and I think we can do a better job of showing the variety of roles needed within PropTech.”

PropTech consultant Jo Tasker has strong views and is not afraid to share them. She thinks that though the traditional property industry is more consciously sexist than the tech industry, as it is deeply rooted in a male dominant system with ‘old school’ traditional ways of working. Though the tech sector may be better, it’s not by much, as she told me that, “I have clearly witnessed similar issues underpinning the sector – evidenced by the gender pay gap, the terrible stats on female founders and investment they receive, the bias-driven recruitment challenges and the low percentage figures of women in sector, and women on boards remaining almost stagnant for the past 20 years at 30%, and more.” Though things have improved in the last decade, we still have a long way to go.

The reason for the imbalance stems from stereotyping job roles for men and women. Society is starting to encourage more women to have a career in tech but there still needs to be more done to break down stereotypes. Also, most people hear about PropTech only once they have graduated and are starting a career in property. Therefore if the majority of people entering the property industry are men then the majority of people applying for PropTech businesses will be men. We need to promote career opportunities to students or professionals early in the career and highlighting successful women in PropTech to encourage other women to enter the industry or make the move from the property industry. We also raise more awareness of the different types of roles and experience needed within PropTech.

Weronika Holt, EMEA Client Solutions Director at CBRE, is disappointed that PropTech, despite being a new sector, has inherited the gender bias and inequality that are inherent in real estate and in tech. She would like to see women supporting each other more, telling me that her wish is for women to “Empower each other. Empower girls,  younger women, and fellow professionals to get the right education, get involved, challenge themselves, be confident, know their self-worth and get up when they fail and try again.”

It is not all doom and gloom, however. Lucy Sharp, co-Founder at Dot Residential, has had very positive experiences in her career so far. Prior to PropTech, she worked in FinTech PR and never felt any bias against her even when she decided to start a family. Sharp told me that, “Being a woman in Proptech is 100% something my co-founders and team have seen as a huge positive. There has been no stigma. Over lunch with the FT last week it was me the journalist looked to for answers, not our male CEO. I can’t wait to get in front of VCs in the coming months – I see my gender as a HUGE asset. Ultimately people buy into a person, not your sex. I won’t hear otherwise.”

It is clear that any industry with a strong gender imbalance is missing out on the huge potential that the category it is not tapping into can bring. Real estate and PropTech have a dearth of women, especially of female founders, and a long road ahead towards an even playing field. This undoubtedly needs to start in schools, as several of the women we heard from today pointed out. But, also, let’s not forget the huge funding gap that female founders have to face. They need more money, above everything else!